What is Glutathione Therapy?

Glutathione is a very powerful antioxidant that protects the body by neutralizing free radicals and reactive toxins that damage the human body. It is the most important molecule among the molecules that keep you healthy and protect the body from many diseases. It is the most important factor in preventing the damage caused by cigarette and alcohol consumption, which cause serious and permanent damage to the body. Free radicals have a great impact on the development of chronic diseases such as vascular diseases, cancer and dementia, as well as age-related health problems. On the other hand, glutathione therapy reduces the risk of chronic diseases. It not only protects the body from many harmful factors, but also protects people from the harmful effects of free oxygen radicals accumulated in the tissues, thanks to its strong detox effect. It protects and strengthens the immune system.

What Does Glutathione Therapy Do?

Glutathione, which is also expressed as the mother of antioxidants, is always present in the body. Supplementation with low availability in the body significantly increases the body's resistance to disease. The most effective way to increase glutathione with active use is, of course, intravenous administration. When the intake of intravenous glutathione therapy is supplemented externally, it directly enters the bloodstream and protects the body from free radicals, they are compatible and controlled protective cells. The glutathione molecule, which has an anti-aging function, is a peptide consisting of three amino acids and contains the secrets of a long and healthy life.

How Is Glutathione Treatment Done And How Long Does It Take?

It has been said before that the most effective way to increase glutathione and use it online is to take it intravenously. This glutathione injection method has since become a fast and effective method that is actively used all over the world. And the estimated process of the process with glutathione therapy; Each cycle lasts for 5 weeks, 1 day per week, and is reinforced. The patient does not need to be hospitalized for the procedure. After the application, the patient can return to his daily life. Of course, according to the patient's request and the doctor's recommendation, 2 cures can be made per year.

Are There Any Side Effects of Glutathione Treatment?

Glutathione therapy, which is actively used around the world to minimize free radical damage in the body or reduce the effects of possible diseases, has no known side effects. As mentioned above, since it is a component that occurs in the body under normal conditions, no side effects are observed and the treatment is based on increasing the density of this component. No risks or complications are expected after emerging glutathione therapy. 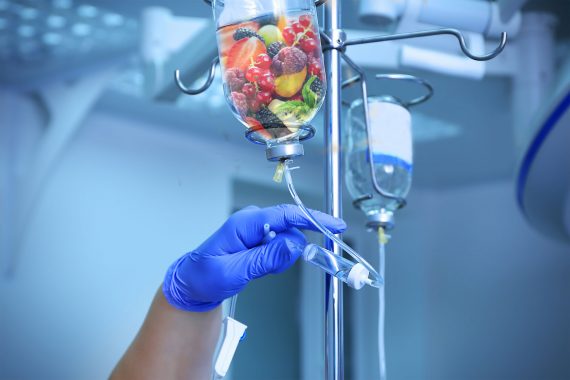